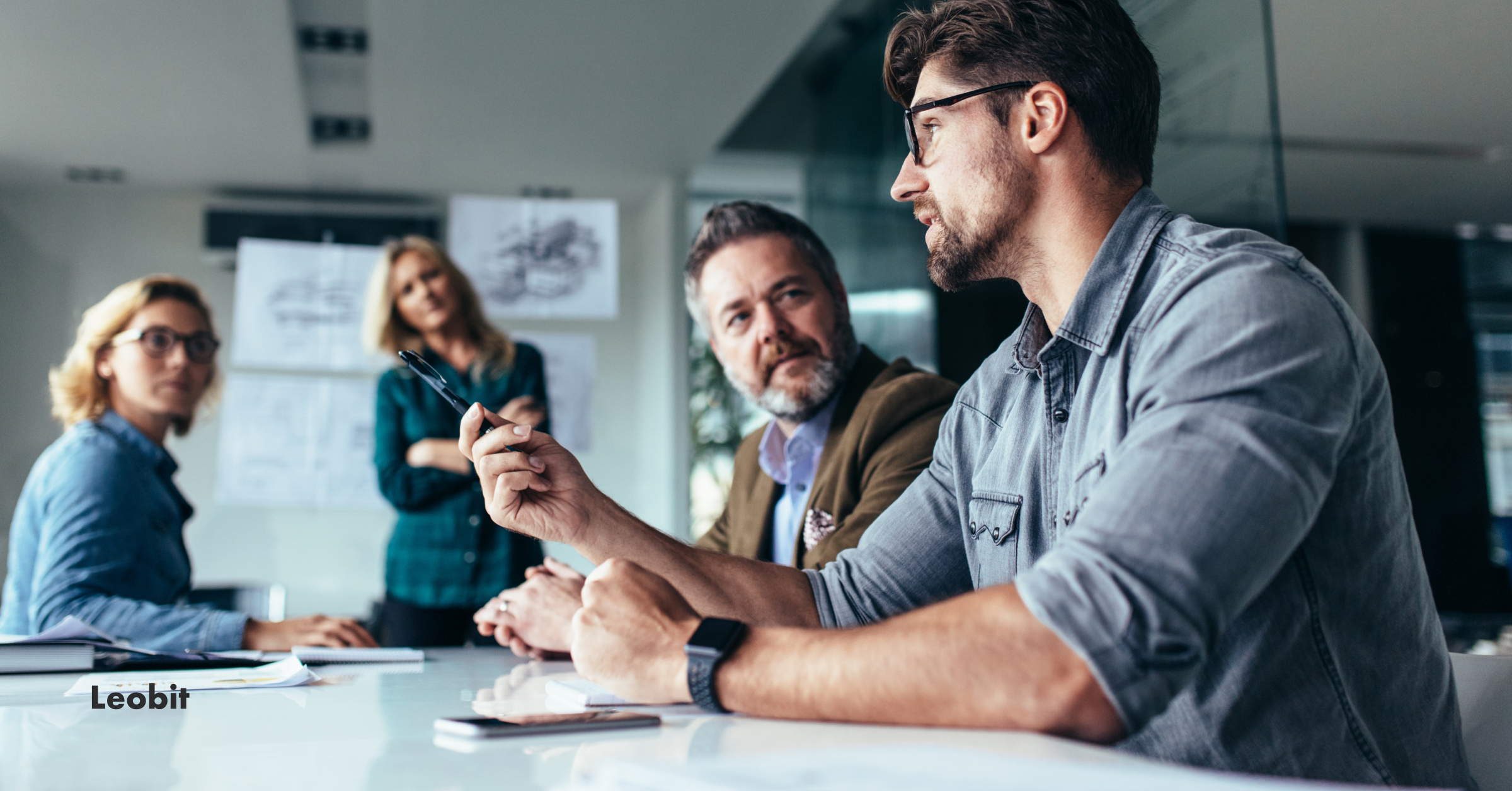 Can Ruby on Rails cease to exist, and what needs to happen for that? What development tool can replace Ruby on Rails? How often do developers’ clients use Ruby on Rails? We asked leading experts from the United States to answer these questions.

No, Ruby on Rails is not dead, and it is still a great choice for building web apps. One reason why you might see or hear people ask if Ruby on Rails is dead is that there is a lot of new web development framework competition. There is nothing wrong with competition. It drives innovation and leads to advancement. However, when there is more competition, it is hard for one technology to dominate the conversation. Lack of dominance may create the false sense that something is dying or already dead.

You can be sure that Ruby on Rails is not dead because there are a lot of people still working on improving and maintaining this web development framework.

In my opinion, No, Ruby on Rails isn’t dead, and it’s still a fantastic framework for developing online applications. Slow performance, scalability concerns, and the fact that it is not new technology are among the complaints. RoR is slightly slower than C++ or Golang; however, this difference is only apparent when working on a large project with a lot of traffic.

Ruby on Rails is an MVC platform that is considered overkill for more specific projects. The .NET Core framework from Microsoft provides alternative development architectures. On the same architecture, one of the most popular options is Frank Sinatra. Sinatra works by delivering a domain-specific language (DSL) that matches a route request to its matching piece of Ruby code using the Rack webserver interface. Sinatra is an excellent alternative to attempt if your application does not require the complexity of larger frameworks like Rails.

Ruby on Rails is still being used for developing web apps widely in the US and across the globe. Though its popularity is not as great as Python or Java, The number of live Ruby on Rails websites is approaching 900,000 (with roughly 4 million having existed at one point), and this number is multiplying.

I’m the founder of a peer to peer marketplace that has used Ruby on Rails to build our web platform and believe Ruby on Rails is here to stay.

Is it dead? No, it is the framework for our site and many others like AirBnB, Shopify, Twitch and more. It provides an easy way to build modern web platforms.

I don’t think there’s an alternative that will immediately supplant Ruby on Rails because it has an active, and growing, community of developers. Furthermore the fact that many large sites like the aforementioned ones are built using it means there are lots of experienced developers employed by them that will then go on to build their own sites or work on client’s projects using Ruby on Rails because it is the tool they’re most familiar with.

Clients rarely make use of Ruby on Rails themselves. Clients hire developers because they’re not comfortable coding projects themselves. I myself am a perfect example of a client in this situation, while I have some familiarity with Ruby on Rails and know enough to do some basic things, I have hired developers for more advanced projects.

Given the statistics, ruby on rails is still very popular around the world. Ruby on Rails is a very popular language due to its simplicity and dynamicity. It’s very useful for creating web frameworks for e-commence. The list of companies that use Ruby on Rails includes Basecamp, Airbnb, Shopify, Goodreads, Kickstarter, Hulu, and others. It is extremely popular in the startup scene too. The amount of companies using for has been steadily increasing , so the future for Ruby on rails is bright.

In my opinion, I believe that Ruby on rail could cease to exist if more developers adopt Google’s Go language or if developer interest in Ruby or Rails dies out. The end of ruby on rails would mean the end of ruby as a popular programming language. If there is no demand for Ruby on rails, it will eventually be replaced by another framework that programmers are interested in. All languages, languages like Php and Java, have been replaced with newer frameworks, and ruby may go the same way. 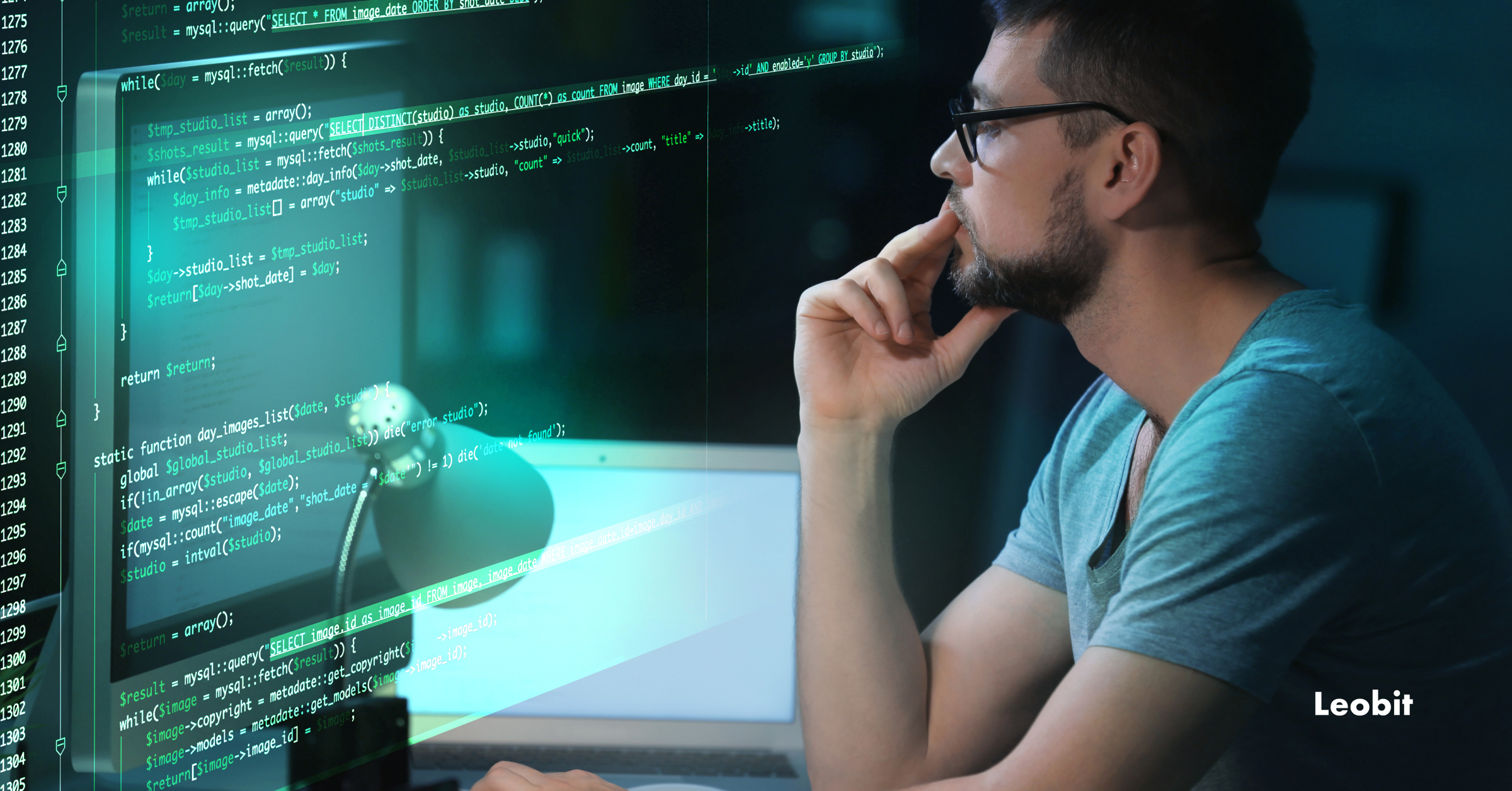 However, I also think that Ruby on Rails is a pretty big deal in the USA and a popular framework worldwide. The framework has been around for quite a while and has been widely used in companies worldwide. Although it is not as massively used as other frameworks like Java or .Net, I think Ruby’s popularity on Rails will continue to grow. So yes, I believe that ruby on rails will be making more progress in the future than it has already made.

There are best alternatives for Ruby on Rails, and you can create an excellent back end and front end with control elements on your website. The list includes Laravel, Sinatra, Django are the framework technologies that replace the effectiveness of Ruby on Rails without any issues. The intensity of Ruby on Rails usage is still dominating the developer’s environment due to its faster design procedure and simplest format in implementing them. The revised version of this tool excites the developers, and they do not want to leave them behind replacing it with other alternatives. Despite challenges, ruby on rails is in high demand due to its huge framework that meets the expectations of small and large organizations. Most developers opt for this framework language because of its simplicity and easy-to-understand format.

No, ruby on rails isn’t going anywhere. Its code is long-lasting, polished, and simple to maintain. Furthermore, Ruby developers who have been there since the beginning have over 15 years of knowledge of the language, giving newbies the opportunity to learn from them.

If any tool is ever going to replace ruby on rails, not that I think it will, it will be ASP.NET. Many database engines, including MySQL, SQLite, SQL Server, PostgreSQL, and others, are supported by ASP.NET, as well as non-relational stores like MongoDB, Redis, Azure Cosmos DB, and others.

No, ruby on rails is not dead. And it is still the first choice for building web apps. Ruby on Rails was released in 2005. Rails are written in ruby which is a programming language even older than the rails. The question if the ruby on the rails is dead or not comes from the age of its framework. Ruby on rails is not going to be dead in the future too. And here are some indicators.

2. Community. Ruby on Rails is an open-source framework which means it is open to support from the community and an active and engaged community is a sign that technology is alive.

Darina Bogretsova
Outsourcing Expert at Leobit
You can reach Darina
via LinkedIn:
Related
Projects
All Projects 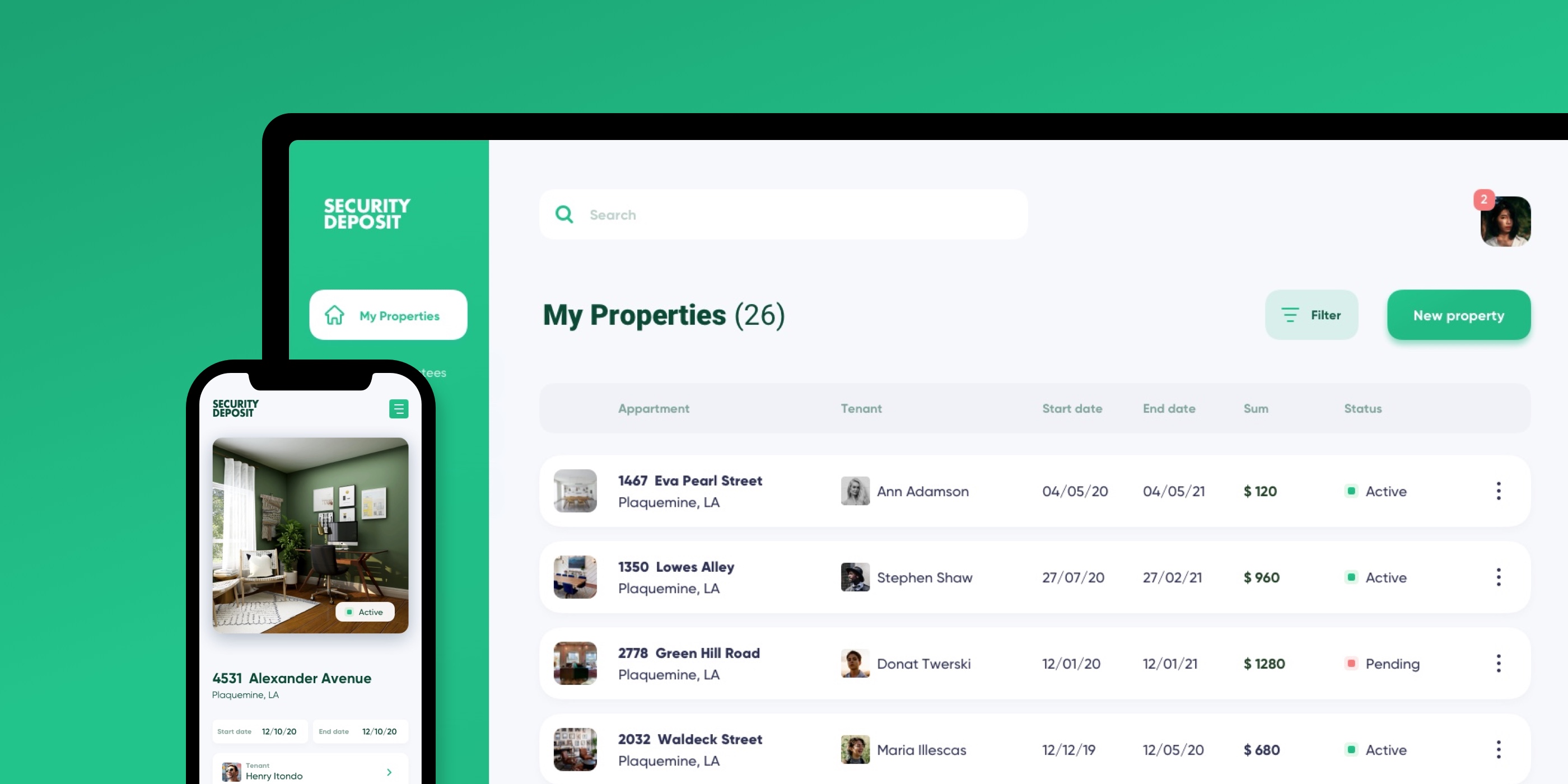 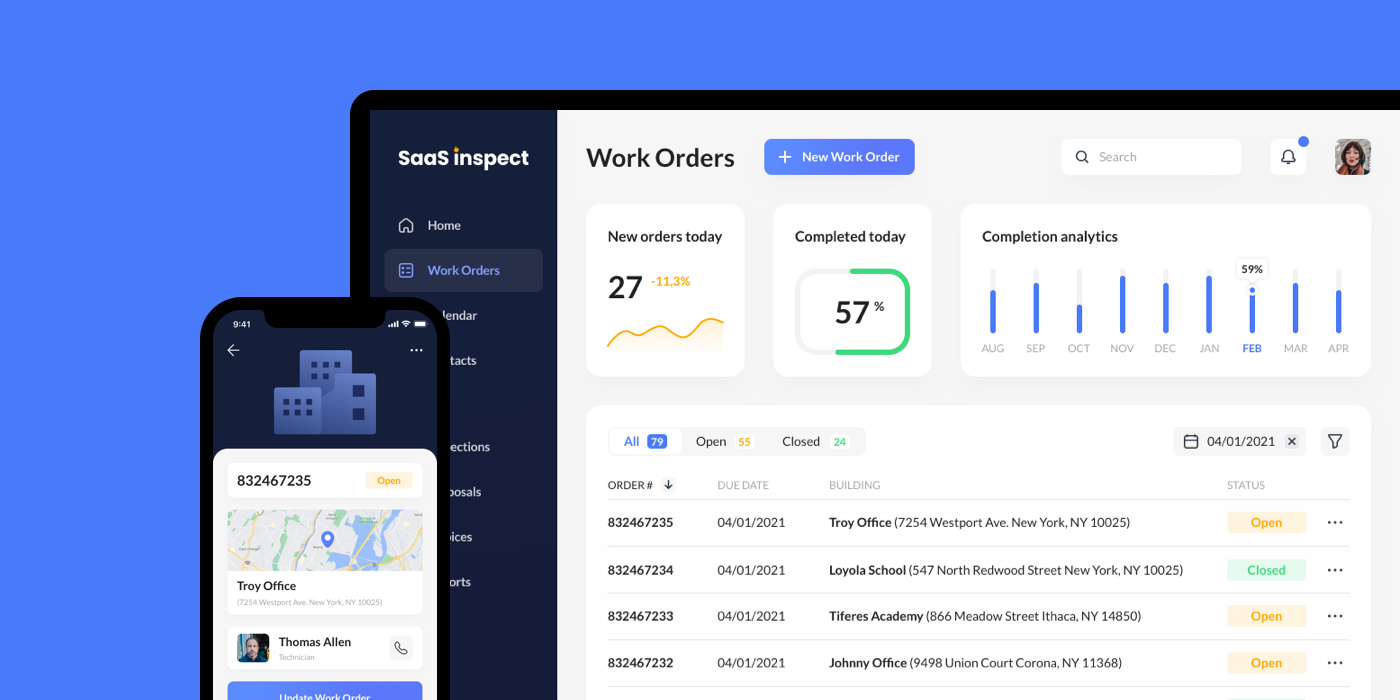 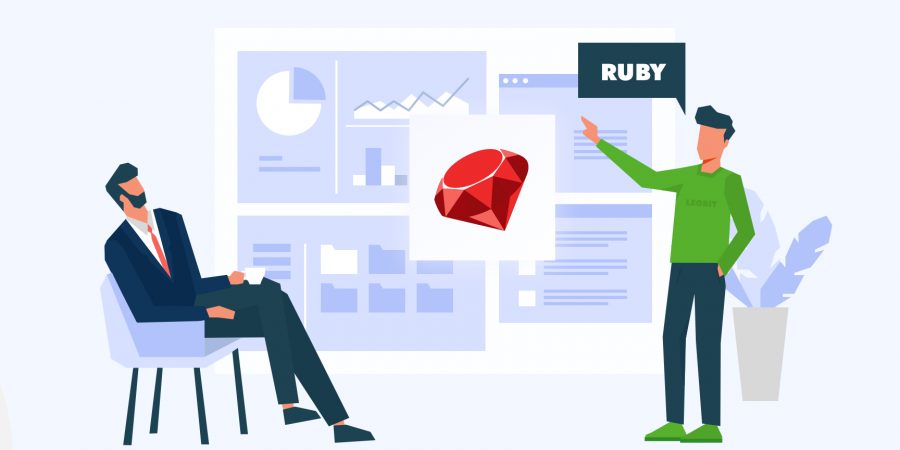