JAVA is the most common in-demand language today, with good memory management and back-end compatibility. In addition, its independence from platforms allows developers to write once but work anywhere and has an added advantage of top-notch security.

Python is an open-source language with extensive support modules and easy-to-learn web development frameworks like Django. Other benefits include its easy integration with web services, user-friendly data structures, and GUI-based desktop applications.

Javascript features multiple frameworks like JSON for client-side and NODE.js for server-side development. In addition, the language is used in web development to design interactive web pages and dynamically display content to users.

C++. Its structured approach makes it a powerful language used in performance-intensive applications like games. C++ also provides generic frameworks and libraries that enhance its reliability and application in various coding contexts.

C# is more like C++ and contains a rich set of libraries that make compilation and execution easy. It’s suitable for building 3D and 2D video games, and it is used on Microsoft’s .NET framework to design forms and windows applications.

SQL is a server-side language used to interact with databases to analyze and understand data fields within their tables. It’s a powerful querying language and is currently in use in the analytic data field.

PHP is a language for developing dynamic and data-heavy websites and applications. It’s also an open-source language that offers functional and object-oriented programming and whose system of automation tools is efficient for testing and deploying.

SWIFT. Easy to read with its near-to-natural English program codes. This language is open-source and has a clean syntax with no long code line. In addition, its automatic memory management attribute prevents memory leaks on applications.

DART is an open-source language used for both client and server-side programming. It allows you to write an application for usage on both Android and IOS with its open frameworks.

Python: Python is a popular programming language used by both developers and companies for a good purpose! Python is well-known for a variety of reasons, including readability, adaptability, productivity, and compatibility.

Despite being an object-oriented language, Python is open-source, which means it is free to use. Another significant advantage of Python is its asynchronous coding approach, which allows a unit of code to run independently of the main thread.

Versatility:  Python offers a fantastic ecosystem with a plethora of packages and specialized libraries that allow you to construct almost anything.

Simplicity and Rapid Development: Python is easy to pick up, read, and write. It also includes a large number of pre-built components that may be used to complete practically any programming task. This can help you build your idea more quickly, resulting in a higher return on investment.

Security: Python allows you to create secure apps from the start. Django, one of the most popular Python frameworks, comes with built-in security features to protect your website from threats like request forgery, cross-site scripting, and SQL injection.

Large community: Python has a large user community. Thousands of expert Pythonistas contribute to it from all over the world, updating and improving features and expanding the database. Furthermore, a large community implies that engineers are easy to find, making the hiring process quick and painless.

As they continue to explore alternative possibilities in the areas of data analysis, robotics, and other areas, big IT businesses have selected Python as their primary backend programming language. Although debugging may be difficult, developing algorithms for testing your code is possible.

Ruby: Ruby is a dynamic, open-source programming language with a focus on simplicity and productivity. It has a beautiful syntax that is easy to read and write. The language is easy to learn because it reads like English.

Ruby on Rails (RoR) is a Ruby framework that provides a pleasant development experience, as well as simplicity and speed. It comes with a lot of functionality out of the box, including everything you’d expect from a framework, and it’s ideal for database-driven websites.

Kotlin: Kotlin is a fantastic cross-platform programming language that you must consider adding to your toolkit in 2021. Because of its resemblance to Java, Android developers can move effortlessly while maintaining access to their previously constructed frameworks.

With Android’s rapid takeover of the smartphone industry, Kotlin developers who favor both front-end and back-end programming will have a plethora of options. The fact that IDEs like Android Studio and IntelliJ support Kotlin is a huge plus, allowing users to write efficient code quickly and easily.

The use of Kotlin in the Pinterest and Evernote apps has demonstrated how remarkable exploits can be accomplished with fewer lines of code.

TypeScript: TypeScript was created in response to the need to continuously improve the performance and other characteristics of computer programs. Microsoft decided to create a programming language that can be used to create massive applications and has a tight syntax that improves security.

Because JavaScript is dynamic and versatile, it is prone to errors. As a result, Microsoft developed TypeScript, which they refer to as a ‘superset of JavaScript.’ It’s a set of supplementary capabilities that give you access to features that JavaScript doesn’t have. To make JS code less error-prone and easier to read, comprehend, distribute, and maintain, TypeScript adds static information to it.

For organizations, there are numerous benefits to using TypeScript. TypeScript, first and foremost, lowers development costs and accelerates time to market. Following that, it works seamlessly with Node.js on the backend and Vue and React on the frontend. It can also be used with React Native to create cross-platform apps.

Despite its youth, TypeScript is already well-known among the world’s digital titans, including Slack, Angular, Revolut, Ionic, and Asana. They favor TypeScript over other technologies because it makes managing huge JS codebases easier. It’s worth noting that TypeScript can be implemented without changing a single line of code.

The best features are:

If you already made up your mind or still need advice about choosing a language or framework, feel free to share with us your project details and our experts will promptly help you to pick the best-fitting tech stack.

Swift: For Apple operating systems, Swift is the primary coding language. Swift was created by Apple in 2014 for usage within its own technical ecosystem. This covers macOS and iOS, the operating systems used by MacBooks and iPhones, respectively.

Swift is a wonderful language to master if you want to create applications or mobile apps for these environments. It’s also simple to understand and write, making it a suitable choice for new programmers.

Perl. In the year 2021, Perl will be the most widely used programming language. This is a general-purpose programming language that was originally designed for text manipulation but is now used for a variety of activities such as system administration, web development, network programming, GUI development, and more. Perl is used by a number of well-known firms, including Amazon, Booking.com, and MIT.

JAVA: It has greater website control and can deliver a better user experience regarding navigation and readability.

SCALA: It has unique features like lazy computing, string interpolation, and type inference.

C#: it is a fast and efficient programming language. C# has a syntax comparable to other C-derived languages such as C++, making it simple to learn if you come from another language in the C family.

GO: It has various useful features such as dynamic-typing, type safety, excellent performance and efficiency, and many more.

KOTLIN: It is much simpler to learn. It is fully compatible with Java and supports all Java libraries.

PYTHON: Python is well-known, simple to learn, and feature-rich. Python also offers NumPy and SciPy that are widely used in scientific computing, mathematics, and engineering.

ELM: It enables the development of client-side interfaces without the declarative constraints of HTML and CSS.

SWIFT: A programming language that is both safe and dependable. The Swift run-time crash will halt on the line of code where a nil optional variable is used, preventing code mistakes.

RUBY: Ruby is an open-source framework, is entirely free, and operates on Linux. It’s also simple to deal with from a developer standpoint.

RUST: In an embedded system, rust is a resource-efficient and in-demand feature. It enables programmers to detect problems early on, preventing future device malfunctions.

Even though the world of computer programming is rapidly changing, the programming mentioned above languages has a lot of staying power in the coming years.

Darina Bogretsova
Outsourcing Expert at Leobit
You can reach Darina
via LinkedIn:
Related Articles
All Articles 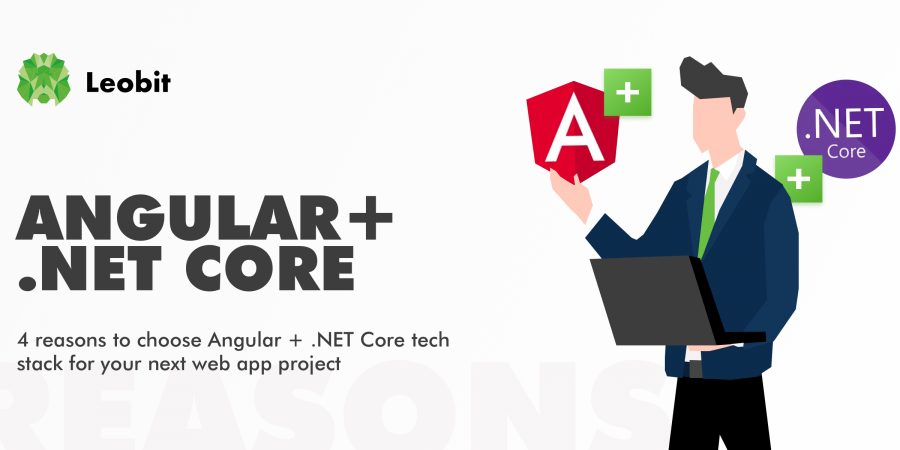 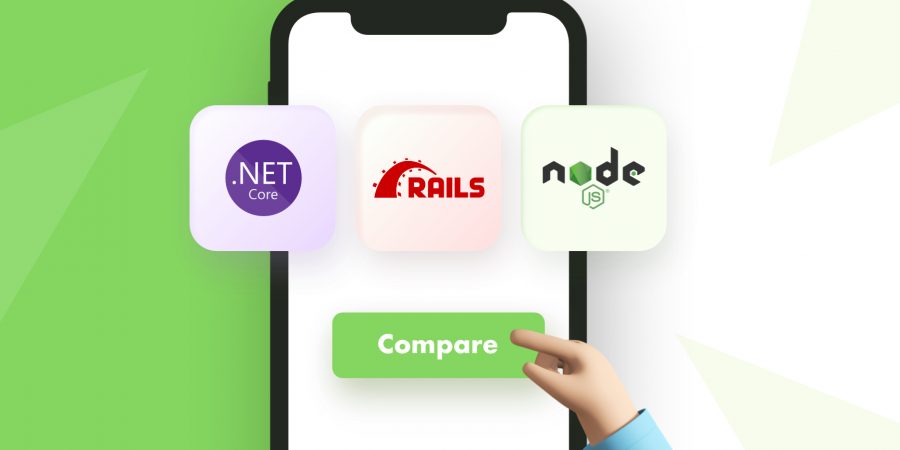 Would you like to learn which technology is optimal for app development? The answer is: It depends. It depends on the app type you are about to develop, performance specifications, supported platforms, scalability, and many other factors. .NET Core vs....
Share on FacebookShare on LinkedInShare on Twitter