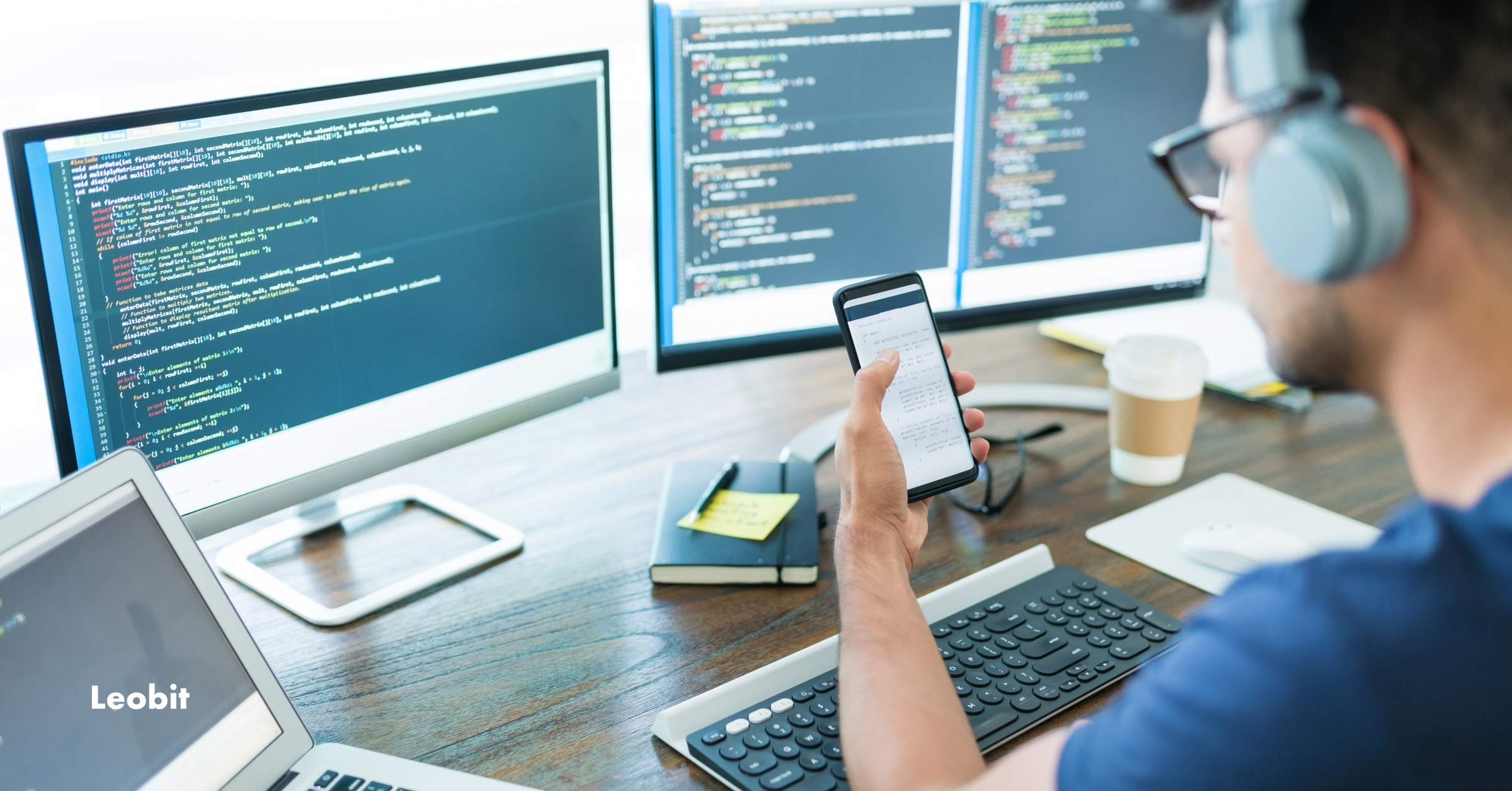 The release of .NET 5 opened up new possibilities for software development. The developers note that the new version of the development tool will allow you to create effective business solutions. We asked experts from different companies, including Leobit, to tell us what advantages they see in .NET 5.

With .NET 5.0, users will get everything they wished for in .Net core while making it ideal for mobile and IoT development. The new release looks to provide a unified vision of the .NET universe to develop deliverables for different platforms, including iOS, Windows, HTML5, Android, UNIX, and LINUX.

.NET 5.0 comes with a new set of improved features to expand on the .NET capabilities by combining the best of Monon, Xamarin, .NET Framework, and .NET Core. It also comes with a web application that supports multiple platforms such as browsers, desktop applications, and mobile devices.

But some technology stacks such as WWF, ASP.NET Web Forms, and WCF are not available in the new version. For these, Microsoft recommends using alternatives like Blazor for ASP.NET Web Forms and gRPC for WCF.

For a .NET developer, this is an excellent sign of the future of NET. One no longer needs to learn JavaScript, thanks to Blazor. You also no longer need to learn Python for machine learning because .NET 5.P has ML.NET. However, the change will affect enterprise customers with frameworks that rely on WCF and Webform, and the new alternatives are a bit complicated at the initial stages.

.Net 5 is the future of .NET Core and almost a complete reimagination of the .NET Framework that brings you a new unified version of the .NET world. .NET 5 brings new amazing features and puts order to the .NET universe fragmentation that has arisen over the years. So what will developers and clients get from the fifth version, how to use the new version?

Does it make sense to upgrade to the new version right now?

Yes, it makes sense to upgrade. It is an important milestone, marking the point where you need to consider starting all new projects in .NET 5.

With the release of .Net 5, you will find new .NET APIs, language features, and runtime capabilities in the version that helps developers across all major desktop development libraries and functionalities. The framework boosts in several ways such as:

What’s new in the version:

The release of .Net 5 has surprised many developers with its updated features that include runtime capabilities, language features, Dot Net APIs, etc. All these features would seamlessly help developers across desktop development, libraries, and functionalities.

NET 5.0 is the next big release of .NET Core following 3.1. With the release, you get new .NET APIs, language features, and more runtime capabilities.

This version aims to boost the framework in several ways, such as:

Here’s is what you get more in this version:

The foremost thing for companies to use this version is to start migrating code to the target.NET 5 is the evolution of mono and .NET Core, and now is time to bring these two runtimes while offering a .NET Framework code roadmap to move forward into the .NET future.

There are reasons to make a shift to .NET Core/.NET 5:

The point behind Microsoft releasing .NET 5 was to improve upon .NET development by making it much simpler to use but also making it more feature-rich as well. The team at Microsoft was clearly determined to introduce more power and better functionality to its product and all the new C# versions are included in .NET 5. This should make developers’ lives much easier as it will no longer be a requirement for devs to learn new languages that are specific to certain cases. Since .NET 5’s launch, all developers need to be aware of is C# and they can create applications that can run from IoT all the way to Cloud. Developers will also still be able to utilize cross-platform frameworks as the core architecture will remain the same. In this respect, this makes for a good reason to upgrade to the new system now.

Moreover, Microsoft has brought about significant changes by introducing the biggest .NET Framework 4.8 APIs and features along over to .NET 5, and also brought even newer APIs and services. They also made an investment to bring together different compilers, which has elevated JIT and Mono to the next level. They are also bringing along the Windows Desktop Pack, which should push legacy Winform apps into the new upgraded system.

If you are interested in developing on .NET 5 you can contact Leobit specialists. We will advise you on the development of projects of any complexity, provide you with access to our many years of expertise in .NET.